French fiction and non-fiction literature has been around for decades. Many of these books are best sellers with a number of them translated into other languages in order to reach wider non-French speaking readers. From bestselling books for children, to books on politics, to romance novels, to poetry, below is a compilation of some of the French books top best sellers. 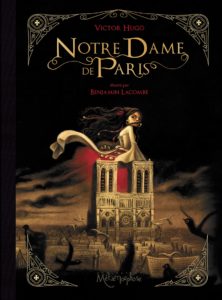 The novel’s theme is very easy to grasp even for those that do not read widely or are completely new to reading. This is probably one of the reasons for its popularity. With an unexpected twist at the ending, Notre Dame de Paris is arguably one of the best top sellers in the world. 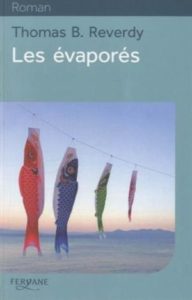 Les Evaporés is a great romantic novel that has won several award nominations. It is about a young American detective cum poet by the name Richard B who due to several circumstances, separated from his Japanese love of his life Yukiko. Yukiko’s father gets lost and Yukiko tries to find him with the help of a private detective. That private detective is Richard B. Richard B, besides being a detective was also a poet. Richard B, travels to Japan to help trace Kaze, Yukiko’s father, but realizes that it is not as easy he thought it would be. However his love for Yukiko urges him and he extends the search from the San’ya the poor neighborhoods, to Sendai the refugee camps. The story follows the lives of four characters, Yukiko, Richard B, Kaze who is Yukiko’s father and Akainu a young street kid searching for a family that disappeared during the tsunami. It is a very interesting read and one of the reasons it has been a best seller for years.

This fiction novel published in 2013 tells the story of Stalin who only had three years to live. Though it is only 312 pages, it tells a very captivating story of love, hope and friendship. Stalin chooses to spend the last years in his native country Georgia. His mistress, The Vodieva and a young painter join him there.

The wait is long for Stalin and he suffers frequent insomnia attacks, questions himself and sometimes feels like just giving up. The past haunts him every day and it takes courage to fight the ghosts of his wife who died out of suicide, his mother, the years he spent in Lenin and Siberia and the lies he told. For a man that nothing shook up, terror, cruelty and submission surrounded him now.
The book, nominated for several awards, is a masterpiece and very captivating. 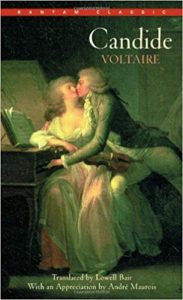 Candide, written in the 18th – century is one of Philosopher Voltaire’s best reads and a best seller. The book is about Candide raised to be an optimist by Professor Pangloss his mentor. He however wakes up one day to realize that everything around the world is not as he thought it was. He became aware of the struggles and the hardships that were everywhere around him.
The satire takes the reader on Candide’s journey from religion to dealing with government regulations and a lot more that all show the philosophies of Voltaire and his ridicule of places held with high esteem.

Charles Baudelaire is a renowned French poet and writes poems that evoke modern day movements and symbolist. He is by far the most decorated French prose and poetry French writers. In Fleurs du Mal, Baudelaire organizes the poems in different categories. These are Parisian Scenes, Revolt and Death, Spleen and Ideal, Flowers of Evil and Wine. The poems are short and very interesting and a reason why the book is a bestseller.

This beautiful read and a bestseller is about the events of one Parisian concierge set in the modern day world.  Muriel explores the life of Renée Michel, the concierge of a Parisian apartment through the eyes of Paloma Josse, a resident of the same building belonging to the upper class. It is an interesting and captivating read and one of the best books ever written for French literature.

The above list makes some of the best-known French bestsellers today. There are however, hundreds of books that make French literature interesting to discover.